Below you will find our Printable Weekly College Football Pick 'em sheets. Due to the large point spreads we feel the best way to run this pool is Against the Spread. As the current week's games conclude we will update the coming week's sheet with the current point spreads. Our Pick'em Pools are made up of 15 games, which were chosen by us. We also have the Complete College Football Weekly Schedules available.

How are the College Pick'em Sheets Set up?

Each week's pick'em sheet will have 15 games listed. We tried to include a variety of teams, and at the same time tried to include most of the better match ups of the season. We also intentionally left out most games that are played on days other than Saturday. This was done in order to allow the maximum time for all entries of your pool to be submitted. There are a couple of weeks where a Thursday or Friday game is included, these weeks will have multiple dates at the top of the sheet. The dates at the top are the days that the games on the sheet are played not the actual start of the week.

Contrary to most NFL games, College Football can have games where teams are very heavily favored, and it doesn't take much knowledge/skill to pick straight up a team that is favored by 60 points. Therefore we feel the best way to run this pool is "Against the Spread". As the current week comes to a close, we will update the following week's pick'em sheet with the current point spread for each game. This will typically be done on Sunday, but should be available no later than Monday.

A cool way to run this pool is to couple it with our NFL Pick'em Against the Spread Pool. The particpants would then pick any 15 games of their choice against the spread and the remaining games would be picked straight up.


Please read our How to Run a College Football Pick'em Pool for further explanation on Point Spreads and complete instructions on running your pool. 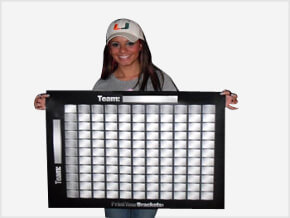 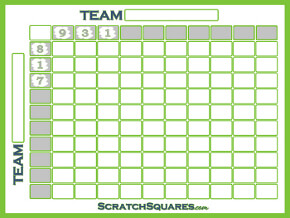